After decades as a Liberal Party stronghold, the seat of Wentworth in Sydney’s eastern suburbs has fallen to an independent. We are all familiar with the post-mortem: voters were angry about losing Malcolm, the Liberal Party had a horror week leading up to the by-election and Dr Kerryn Phelps was a formidable challenger. And then there are the policy issues, first and foremost of which was climate change.

As voters simultaneously digested the dire implications of the Intergovernmental Panel on Climate Change’s (IPCC) latest report while watching the coalition go into complete fingers-in-ears, head-in-sand, denial mode, momentum continued to build behind a message for climate action.

Organisations like the Australian Conservation Foundation, #StopAdani and GetUp! were out and about in Wentworth to build on, galvanise and direct that momentum and make sure that as an issue, climate change had an impact on the ballot box. And it did. Climate change was the number one issue of the by-election, with 78% of voters saying climate change influenced their vote! (Source: Australia Institute, based on Wentworth exit polls).

An important factor in the success of these movements is how adept they have become at leveraging new technology. Wentworth was no different. Effective social media use amplified on-the-ground voter engagement and protest action, and helped to keep up the momentum for change. Indeed, when people think of Wentworth, you can bet many will think of images of Dave Sharma being bailed up by #StopAdani. 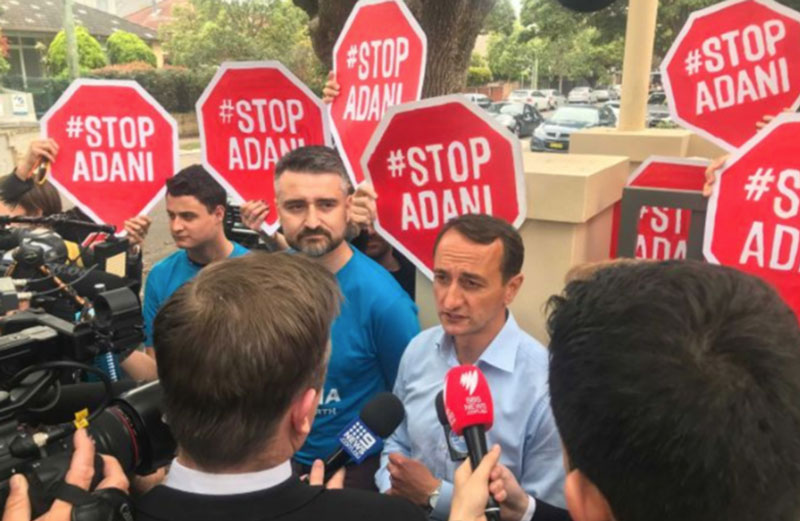 But the online media strategy only tells one side of the story. The organisational power of digital tools tells the other.

There was an army of volunteers out door-knocking, making phone calls and talking to voters at election booths. During the Wentworth election campaign, GetUp! alone mobilised 613 volunteers, who made 91,000 phone calls and handed out 60,000 how-to-vote cards.

Working with so many volunteers across so many different actions is inspiring. And complicated. It is important to make sure resources are allocated strategically so you don’t waste the time and money of volunteers, organisers and donors. You also need to ensure all of that passion, commitment and goodwill – cornerstones of a good grassroots campaign – achieve maximum impact at the ballot box.

That’s why campaigners such as GetUp! make use of custom digital tools to get organised. They use them for anything from recruiting volunteers for calling parties and coordinating events, to connecting with the right people at the right time.

One specific example of a digital solution GetUp! used for the Wentworth campaign is Election Centre. We built the first iteration of this platform with them back at the 2016 federal election to help people sign up to volunteer at polling booths. We wheeled it out for the 2016 federal election and the Longman and Mayo by-elections, to great effect. 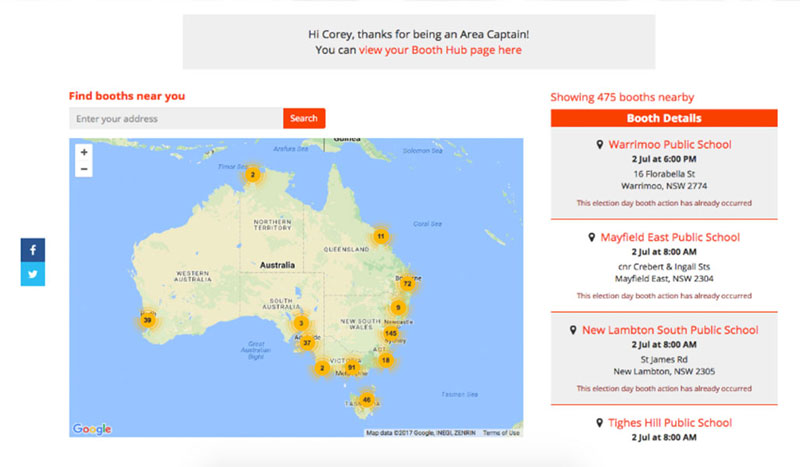 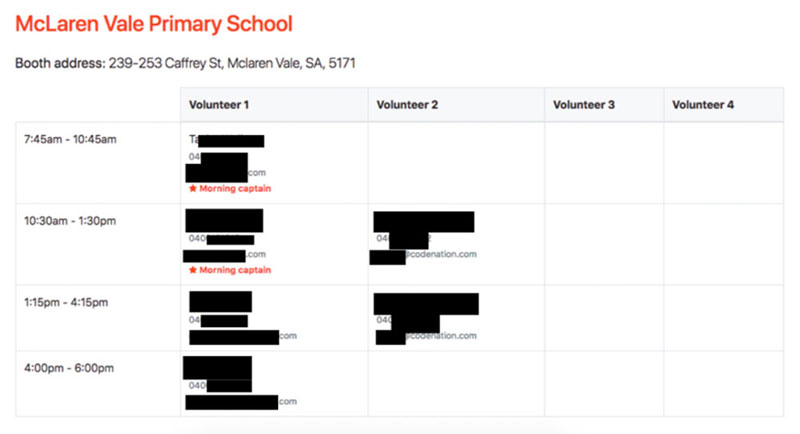 In 2018, we made some significant updates to Election Centre. We know that one of the most powerful interventions a campaigner can make is with voters at polling places. Recruiting volunteers to man (or woman) booths at polling places is one thing, but in the heat of an election campaign it is another thing entirely to quickly and effectively manage their efforts – which polling areas should we prioritise? Which polling places are over-resourced and which are in need of extra volunteers? How many? When? Who is in charge of coordinating them?

The latest version of Election Centre - which GetUp! used for Wentworth - solves these problems. Volunteers sign up for an electorate and coordinators are able to then allocate them to appropriate booths according to: booth priority (on a tier system of 1-4); where people are needed and; the location of the volunteer. This provided GetUp! with the tools they needed to more easily visualise and organise (in real-time) their precious human resources for maximum strategic impact. On the day of the Wentworth by-election, for example, GetUp! used Election Centre to coordinate the work of 284 volunteers across 35 booths over a 10 hour period.

Senior GetUp! organiser Emma McGarrity said the rethinking of and adjustments made to Election Centre allowed them to introduce an entirely new volunteer structure for Election Day, saving GetUp! thousands of hours in staff time. According to Emma, this was a huge leap forward that will radically transform GetUp’s ability to scale up their Election Day efforts.

Election Centre is just one example of the powerful digital solutions campaigners can use to make their work more effective, to inspire and keep supporters, and to achieve the best possible results for important causes. Digital tools can be developed to do pretty much anything you can think of - from helping to billet out-of-town supporters attending a conference to making it easier to petition your local MP, in the right way and at the right time.

At such a critical political juncture and as we build toward the next federal election, progressive advocates need to continue to make their voices heard. Having had the privilege of working with such campaigners for several years now, we are optimistic. We know they are passionate, hardworking, organised, and in tune with the general population. They are innovative and always looking for an edge. We can only expect them to become more and more creative in their application of technology to achieve that edge.

Free digital consultations for anyone working on COVID-19